The new Luna Wolf Pack features a  "wireless" design which replaces all wires inside and outside of the pack with alloy bus bars which greatly increased the durability of the pack. In addition the bus bars are much more efficient at conducting power making the already cool running wolf to run cooler.  You can find it here: https://lunacycle.com/luna-wolf-v2-limited-naked-release/

Well not really wireless... Of course the pack is still wire bonded, the most advanced assembly procedure available (the same as Tesla uses" ) which bonds each cell with high grade wire using a heat-less ultrasonic process so that the cell is ensured to sustain no damage, a potential problem with all other 18650 pack assembly methods. But all the  ugly wiring mess usually seen inside a typical ebike battery pack is gone, which makes the pack tidier, safer, more reliable and sexy enough to dance around Naked. 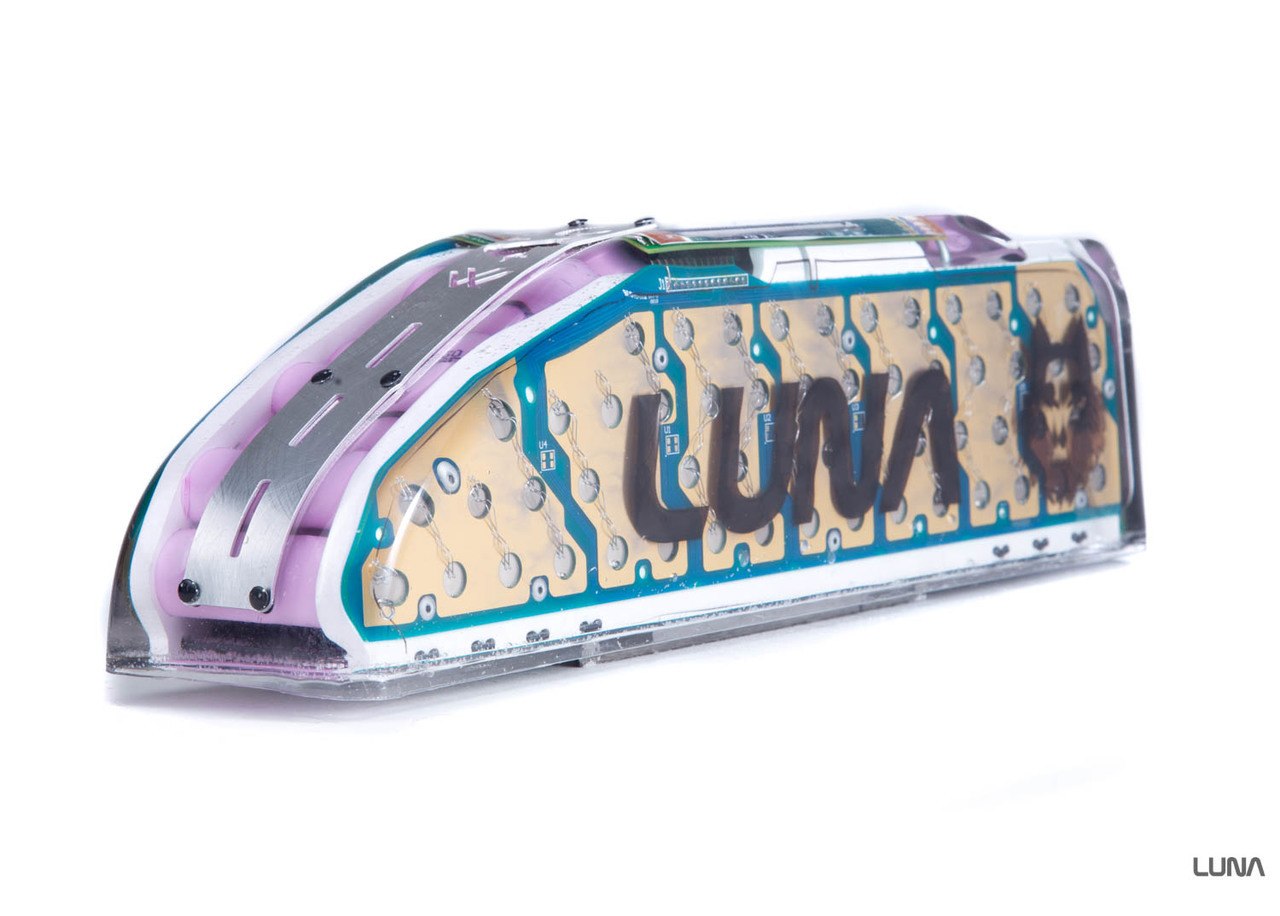 The 52v pack is available in a 12ah configuration with Samsung 30q cells and Panasonic GA cells for 13.5ah.  Both cells are capable of putting out 50 amps although the 30q is considered a better cell for high power bikes putting out more than 1500 watts.

Luna has always wanted to have its high grade spark resistant xt90's built into the back bulkhead plastic piece.  In the v2 wolfs case there is 2 each of these expensive connectors so that their is a redundancy in case one goes bad. 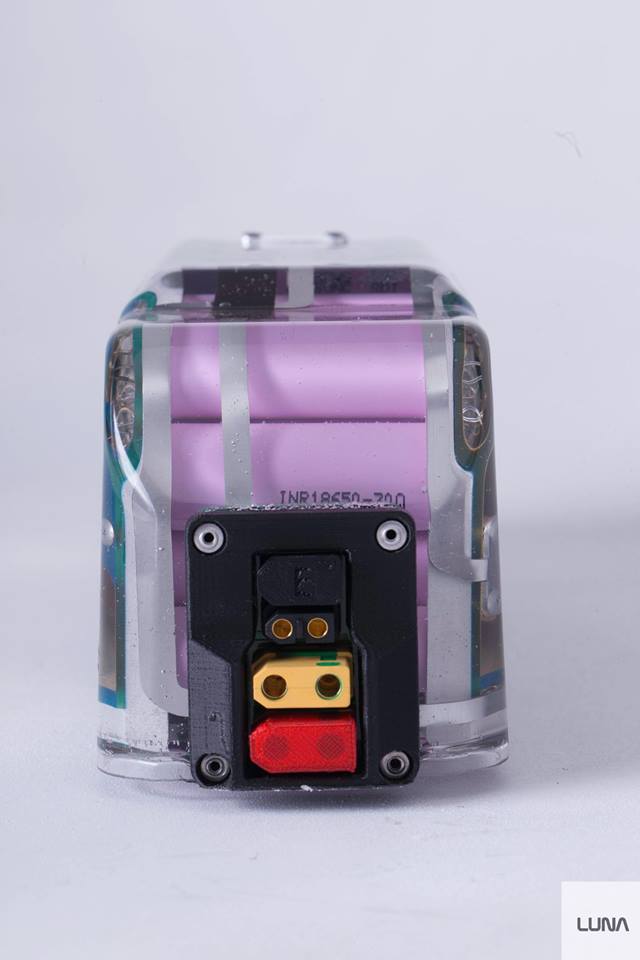 The entire pack is encapsulated in a high grade clear polyurethane which makes the pack water resistant, collision proof and over all safer.  You can also see that this pack is beautiful inside and out. When the Wolf was first released we only offered a few of these naked packs because they are more expensive and time consuming to build. For a limited time the Wolf V2 is only available in this see through "naked" design.

The BMS  (battery management system) was designed specifically for this battery to ensure years of safe and reliable use.

The Wolf V2 uses the same magnetic mount system the v1 did which not only is a nifty solution, but also allows the battery to fit in more battery frame triangles since it does not need extra room to slide into place like other downtube batteries such as the dolphin and the Shark. Velcro straps can be used for extra holding power when holding off road, but the magnets offer enough holds for most riders. 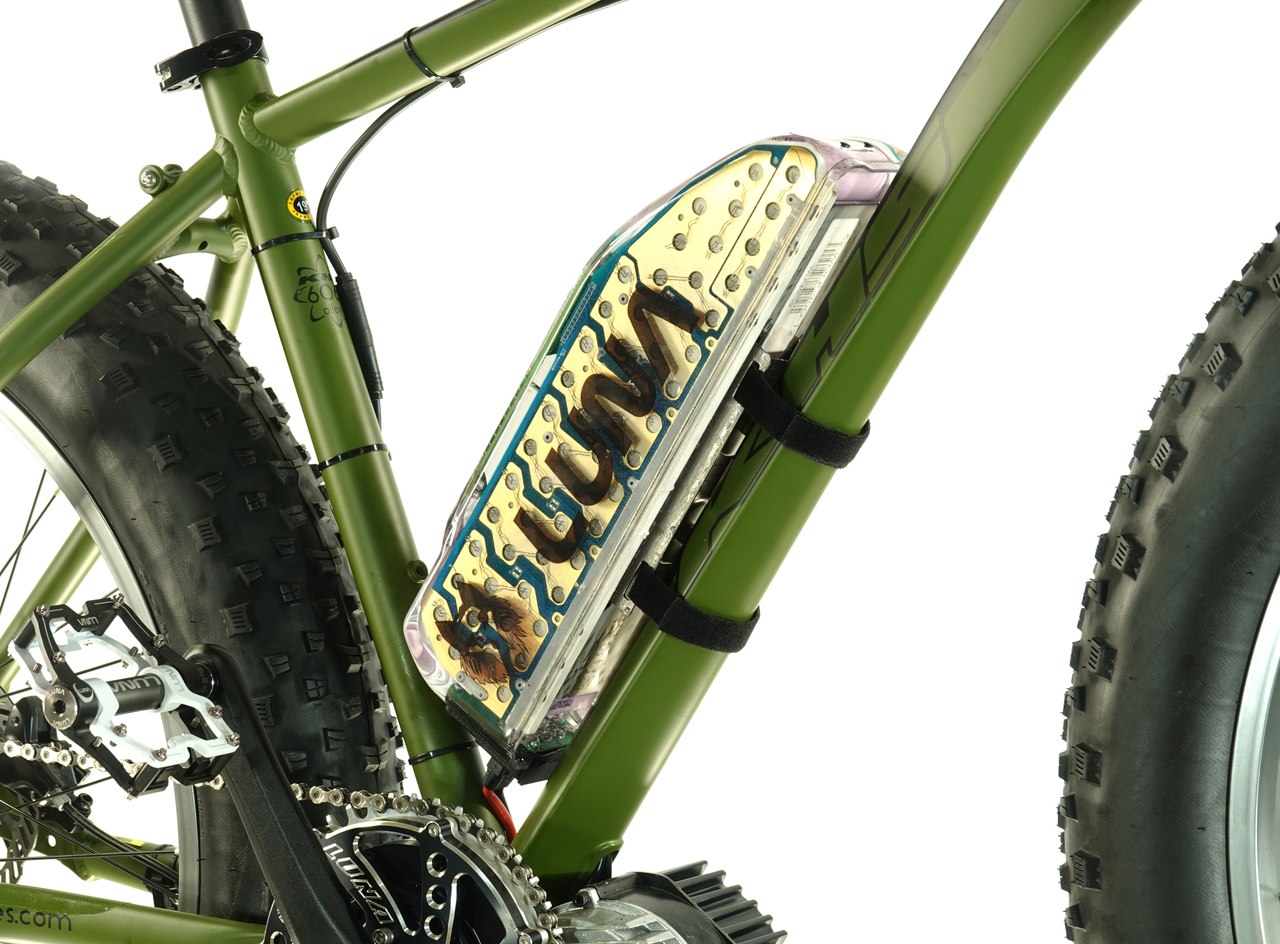 Luna is very proud that this pack is designed and built in the USA. Luna believes the best ebikes start with the best battery packs, the heart of an Ebike.  Part by part Luna wants to build the highest quality cool ebikes like the world has never seen.