(note: do not attempt this unless you are sure this is the issue. if you are uncertain please either contact support@lunacycle.com or fully read the rest of our electrical troubleshooting documentation)

The Shark Battery does not have an on/off switch, and sometimes plugging it into the cradle while it is fully charged can cause a spark which will trigger the BMS to shut down the pack. This should be a rare occurrence. This safety feature is similar to a common "surge protector" found on many electronic devices.

Is your Shark Dead?

If your Shark pack suddenly goes dead (where the battery meter does not light-up at all when pressed), or it does not take a charge (when you plug into your charger, the charger does not roar to life) and does not power-up your bike...more than likely your Shark Pack has had its safety feature tripped, and it needs to be jumped to reset it. 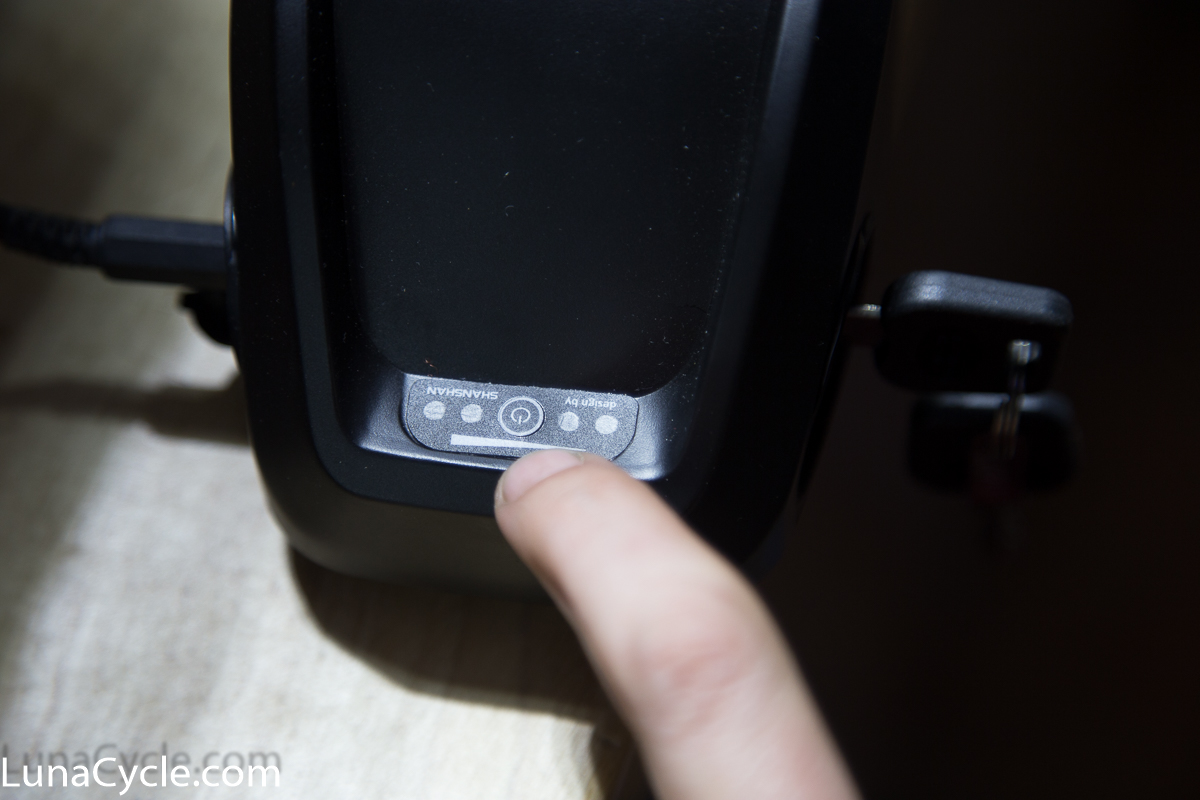 To Jump your Shark Pack, simply use the adapter to get both a red (positive) and a black (negative) wire. Plug-in your charger just like normal, but be careful not to let the bare wires touch. 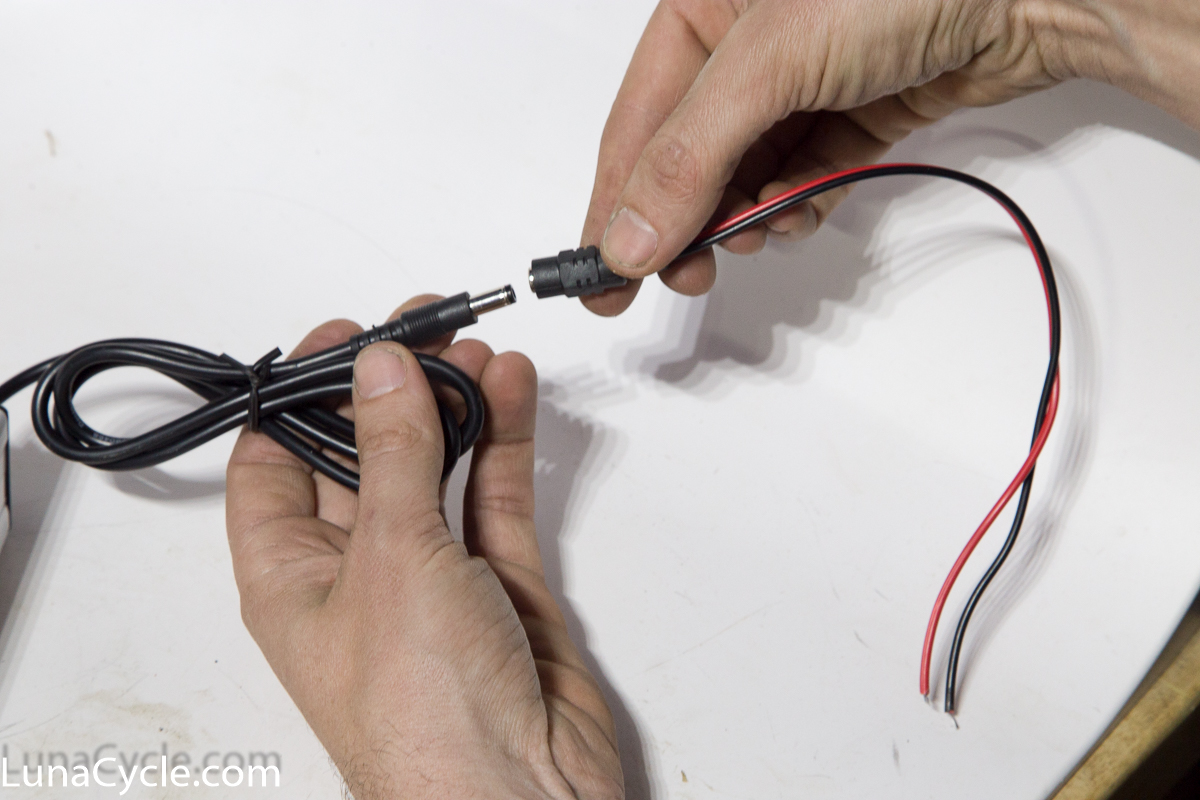 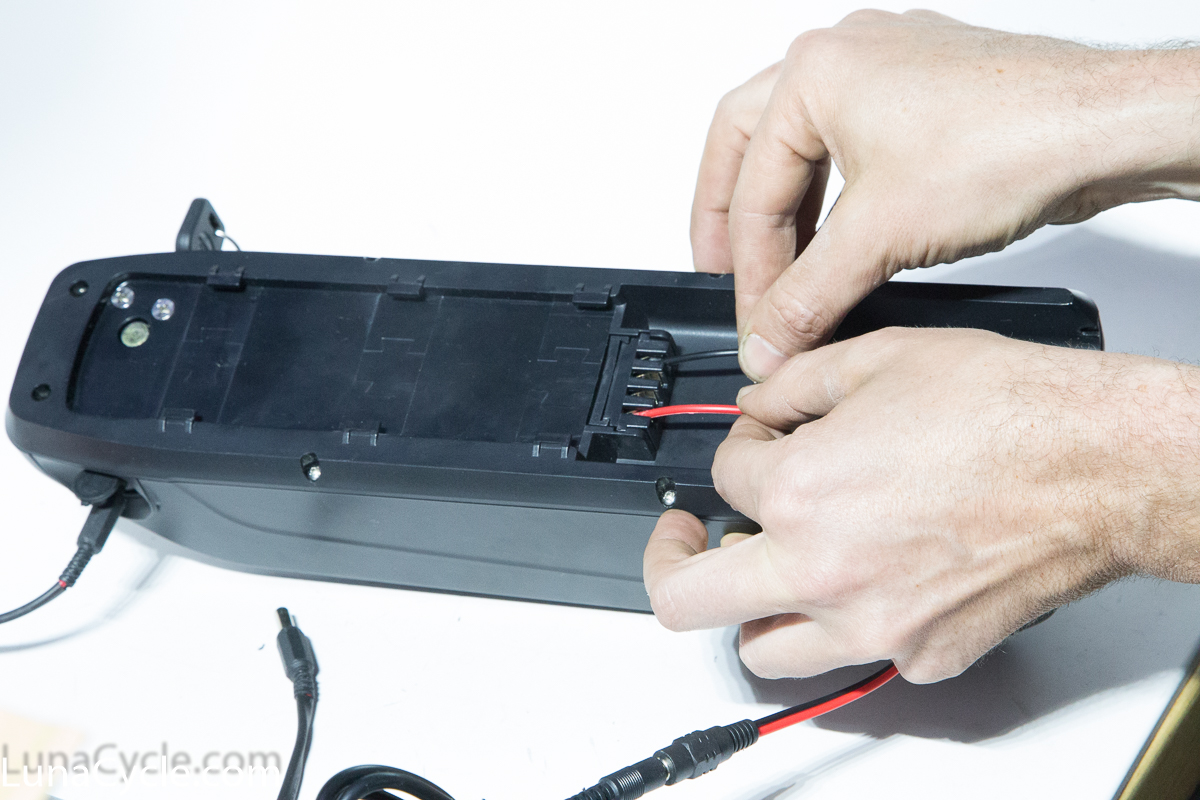 When you do this with the charger plugged in and turned on, you should immediately hear the charger whirl into life. You only need to let the battery charge a few seconds for the safety circuits to be reset.

Turn the Shark over and push the battery indicator button. if it lights up...this means that your reset jump was successful. 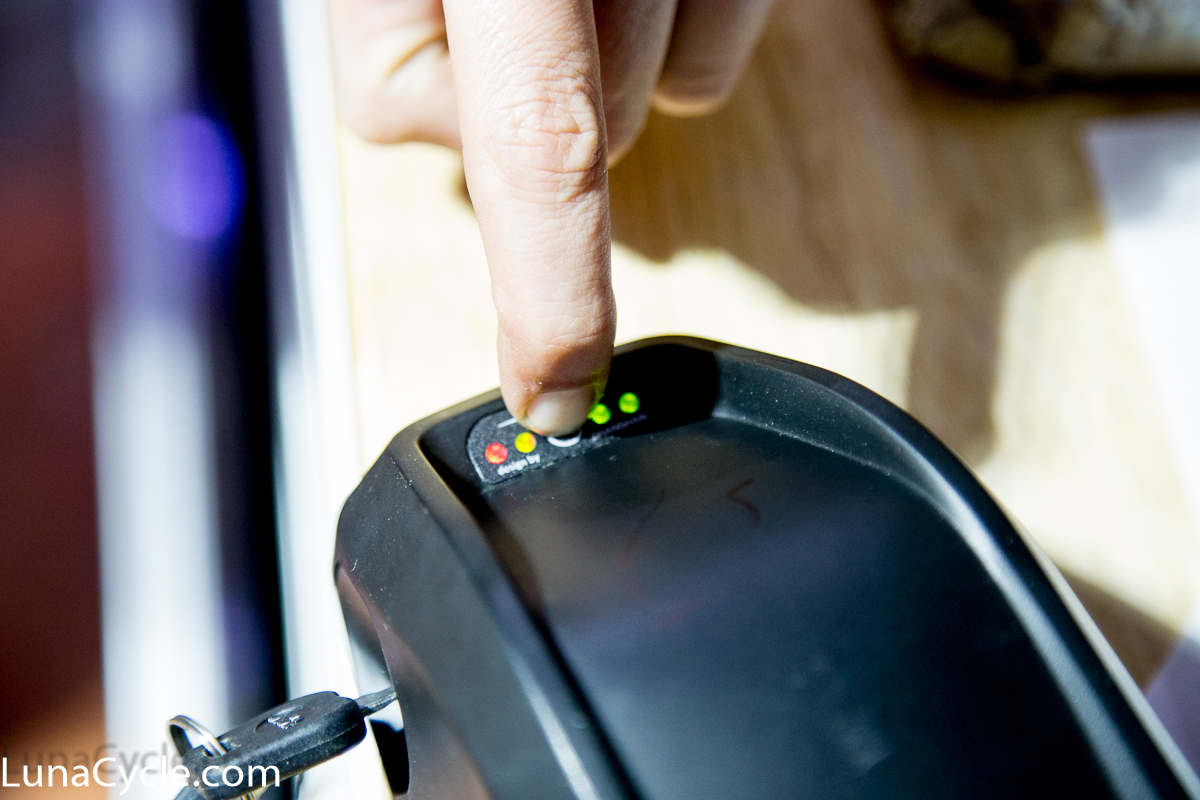 Plug in your charger to the regular charge cord on the shark and it should charge normally. It should also power the bike as normal.

Other Methods of Jump Starting

Alternatively, you can plug the two wires into any black and red wire coming from the pack going to the motor unit. This is especially easy if you have quick connectors installed on the bike such as the one pictured, which is using anderson connectors: 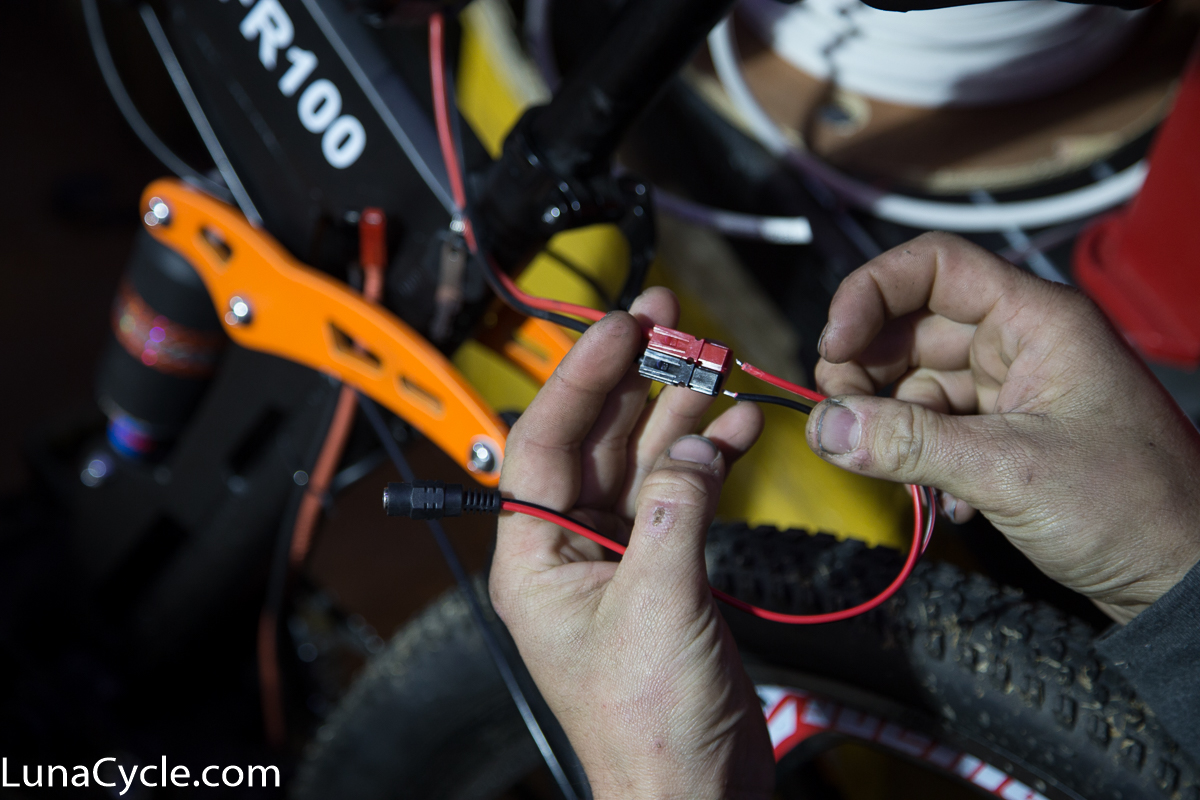 Just plug the red wire into red, and the black wire into black, with the adaptor going to your charger (with your charger turned on). Again, your charger should whirl into life and your Shark Pack has been “jump started” and should be back to normal.

No jumpstart adapter and your charger has a barrel on it? 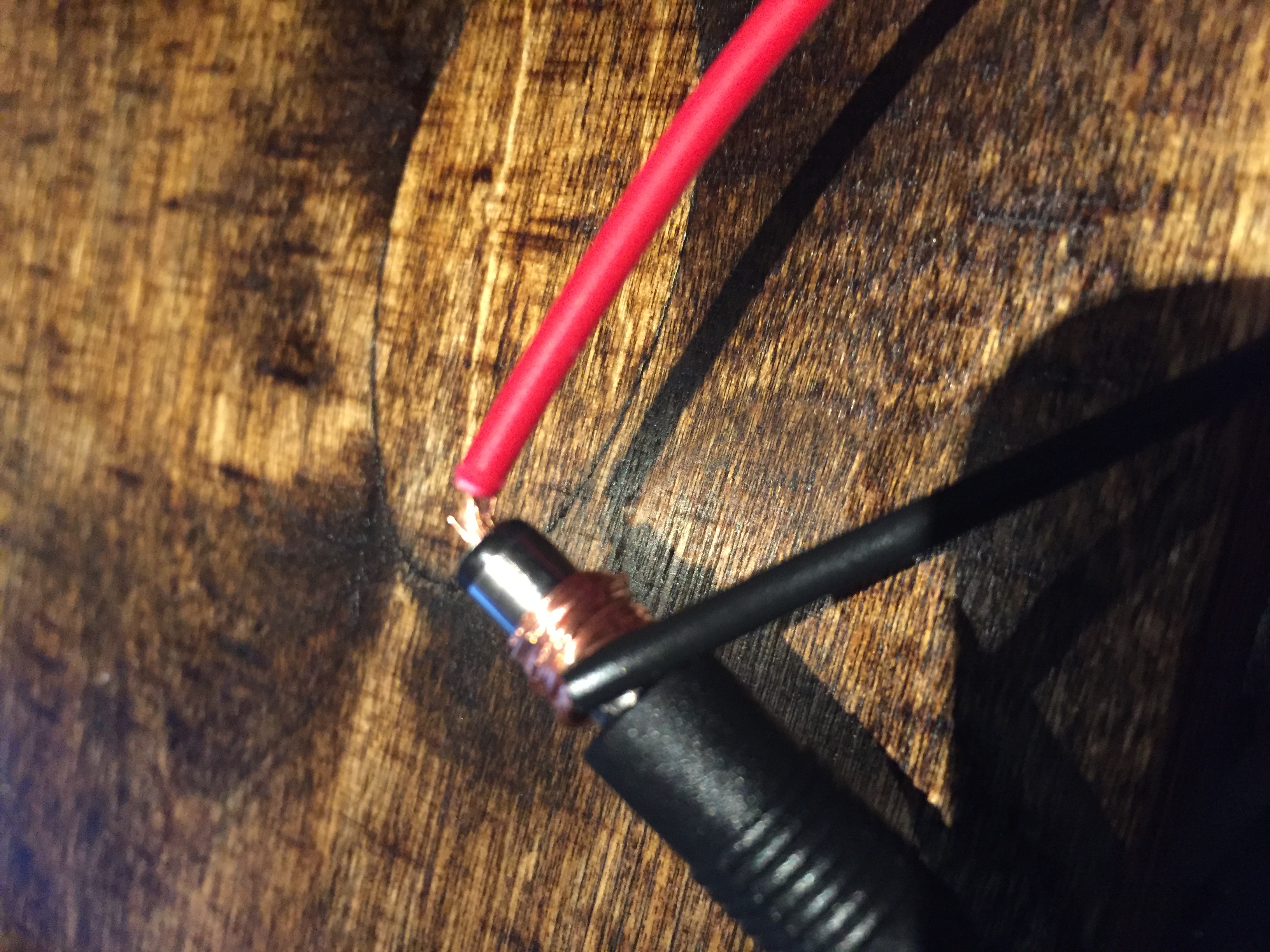