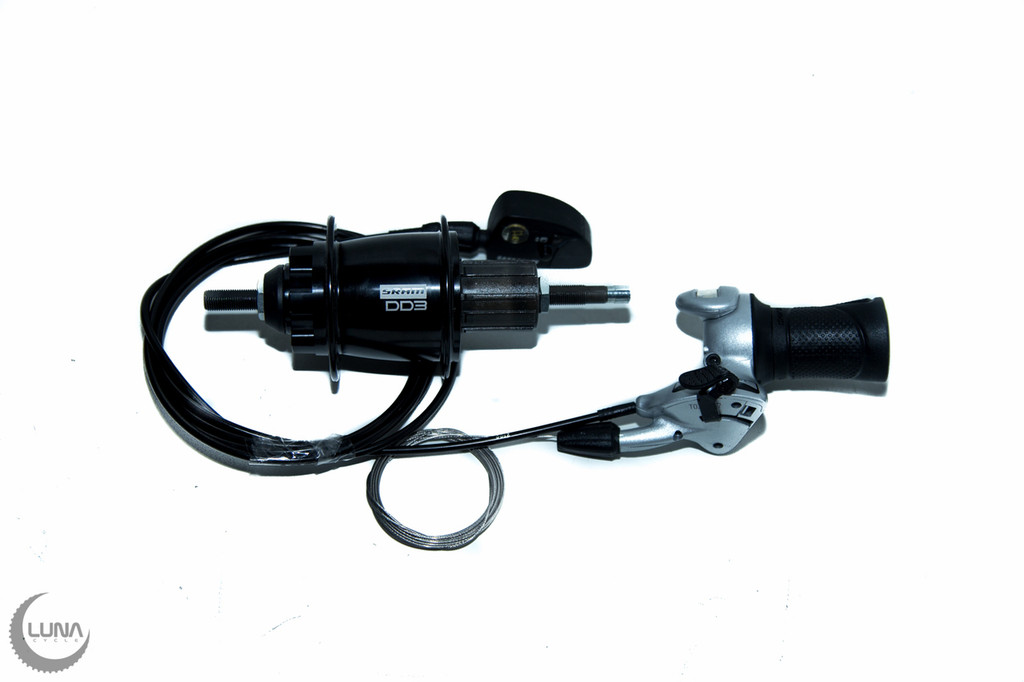 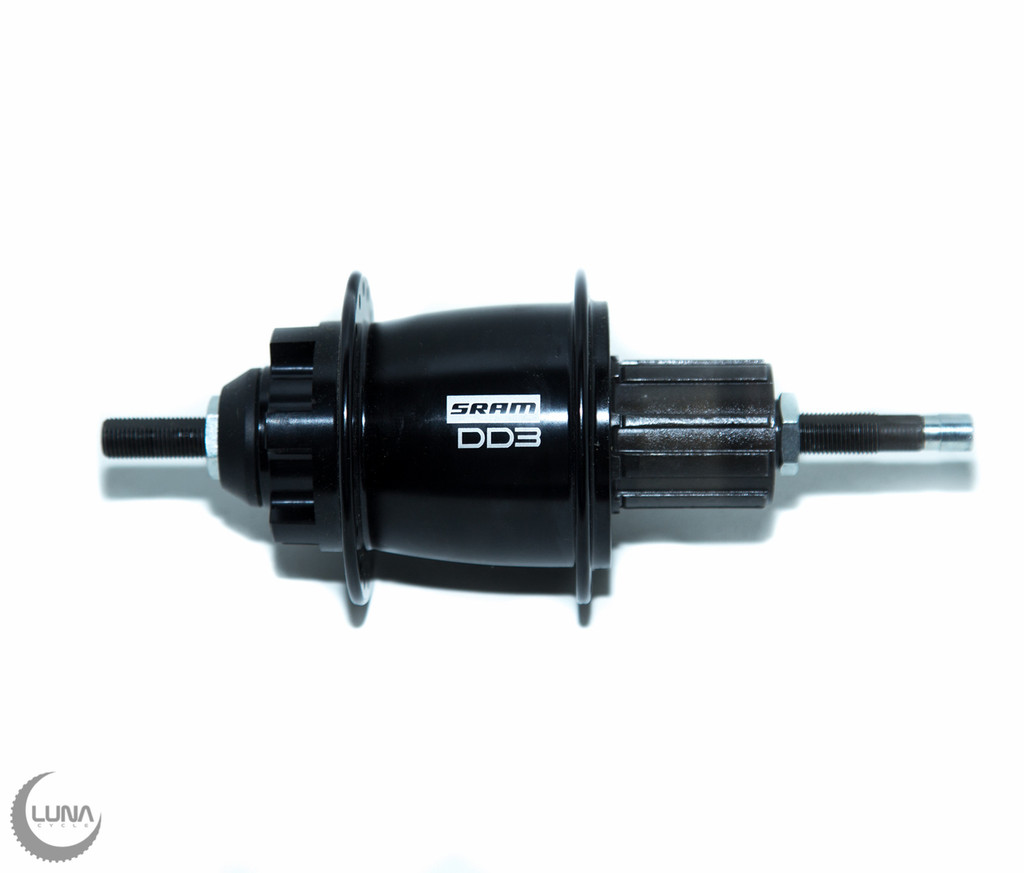 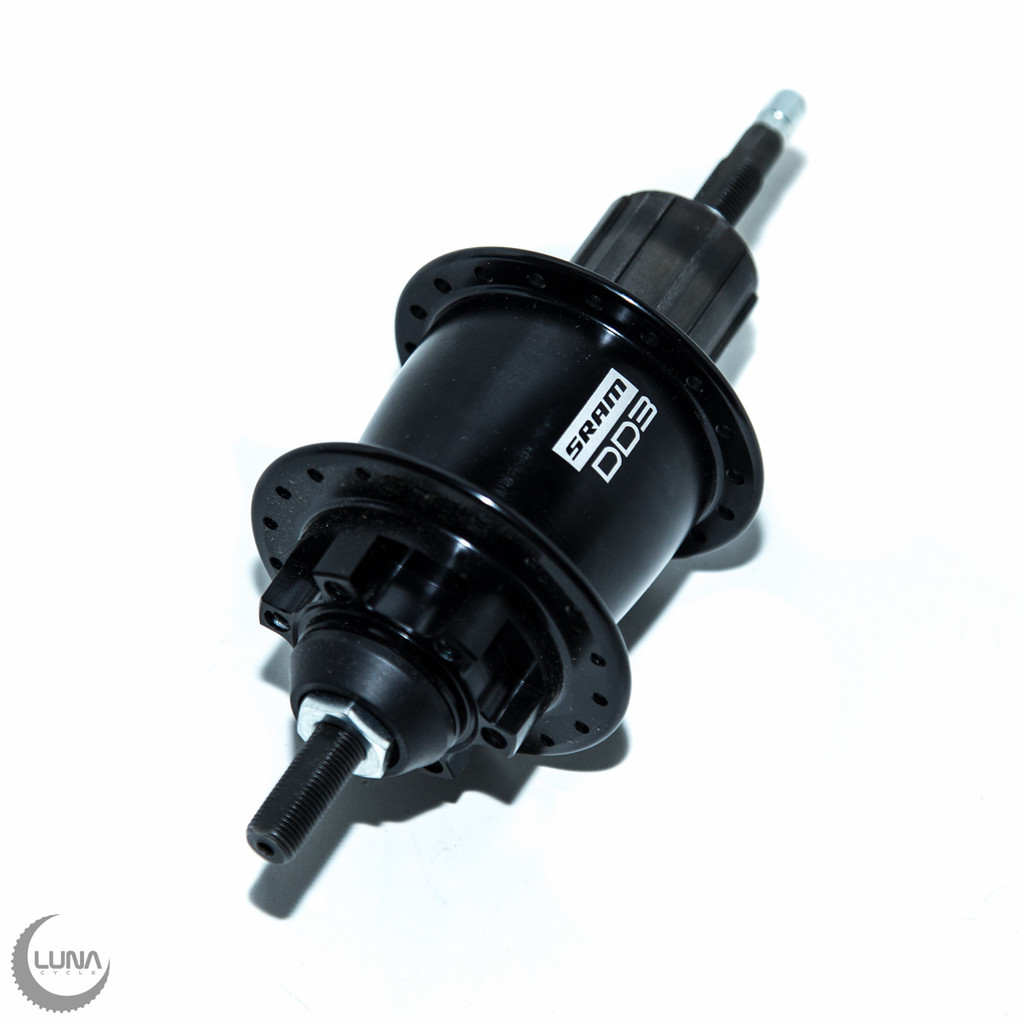 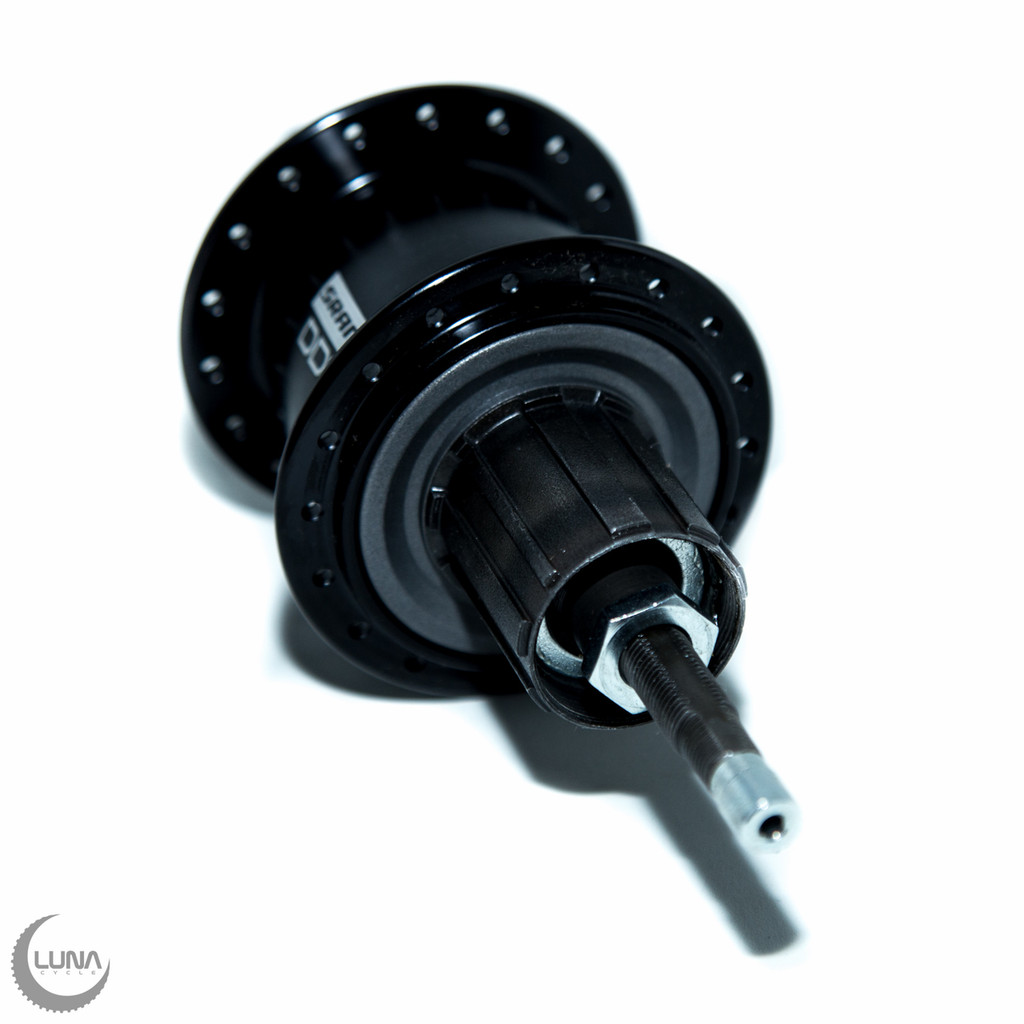 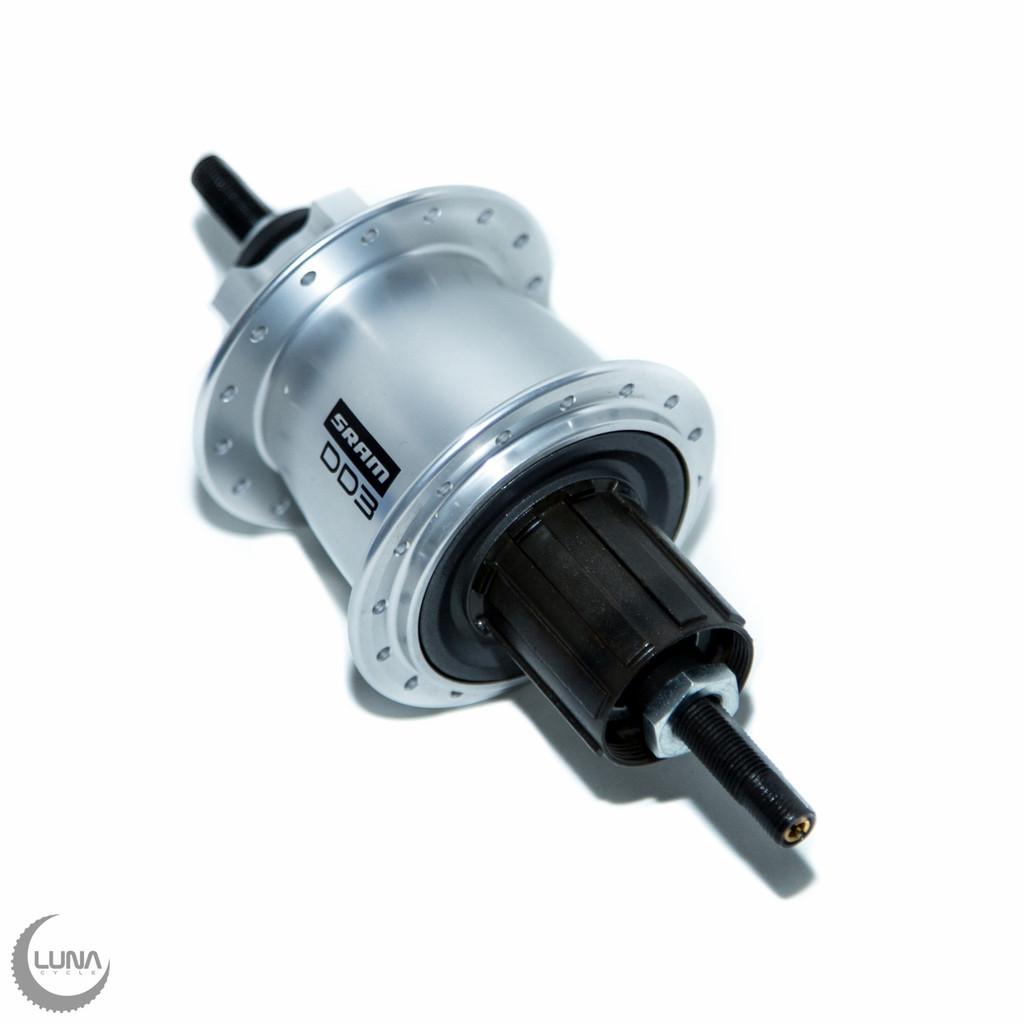 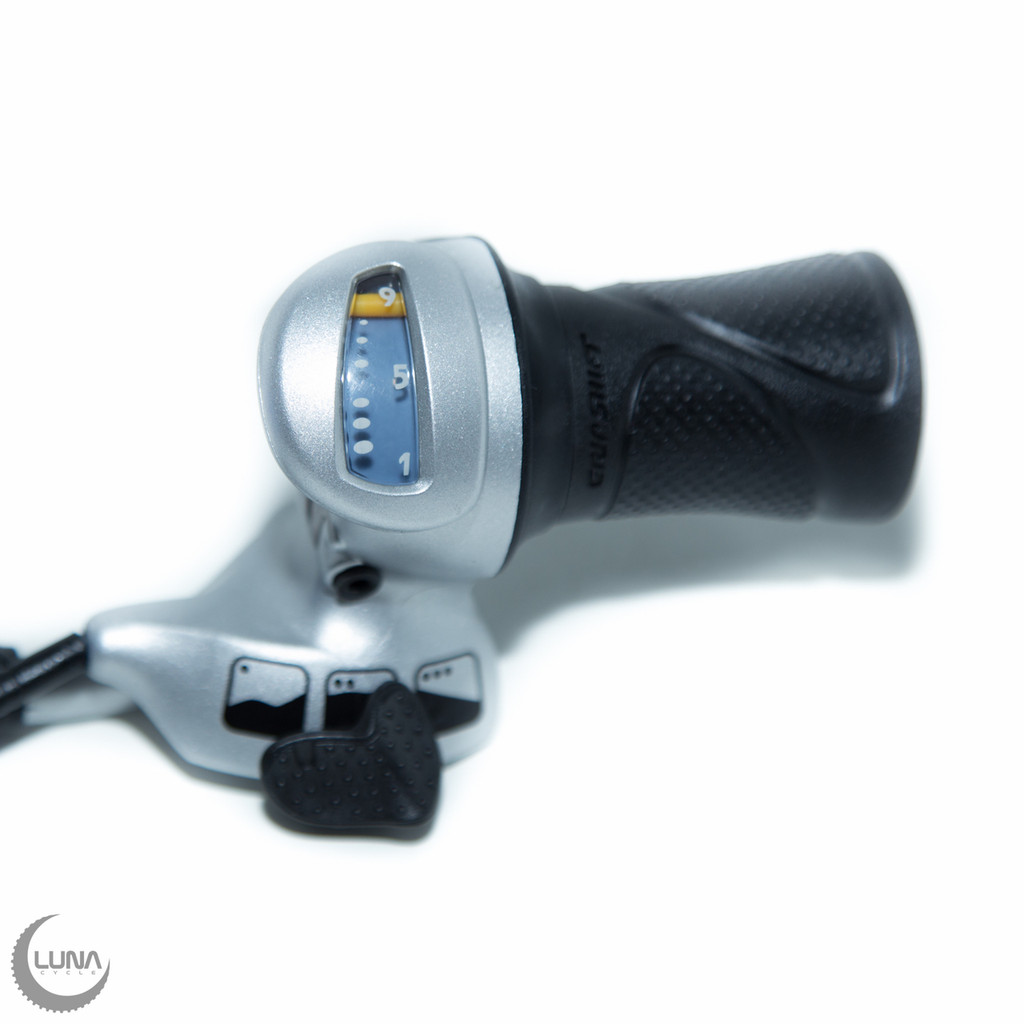 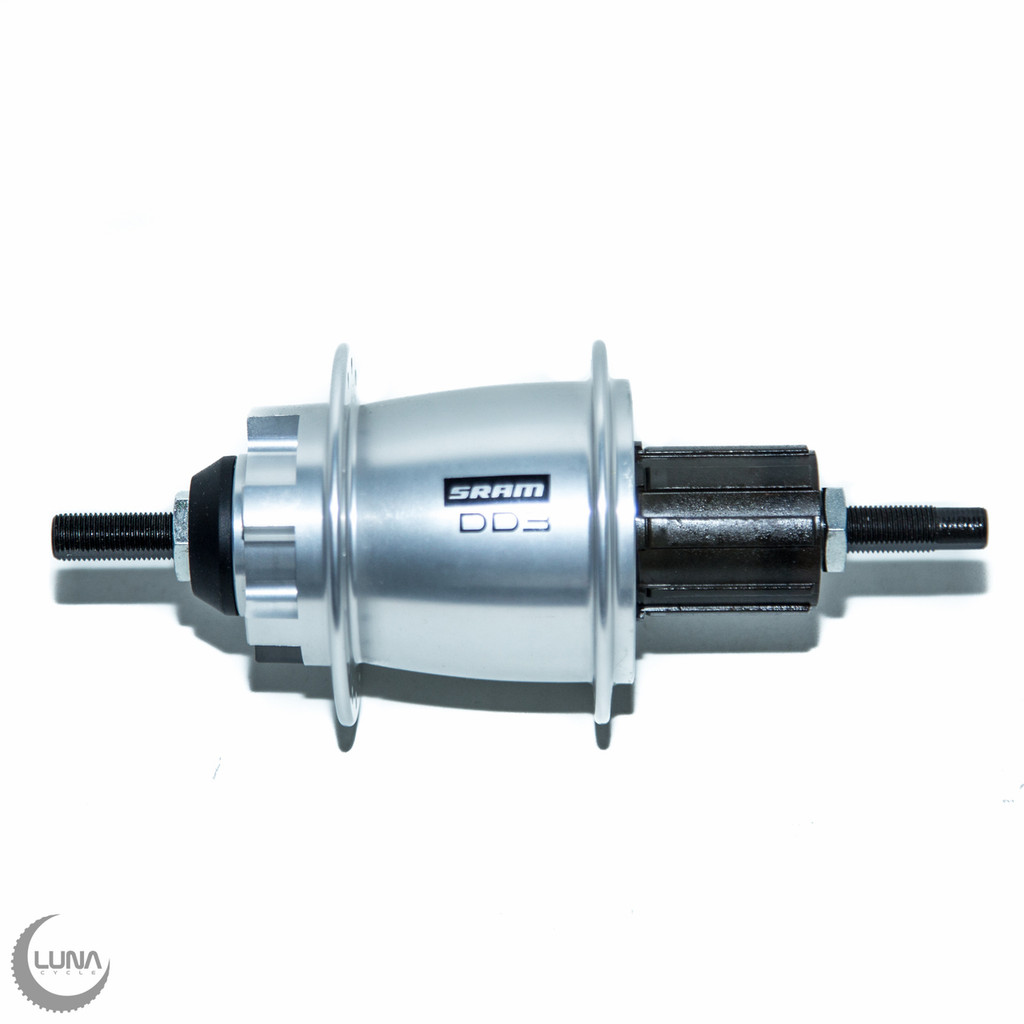 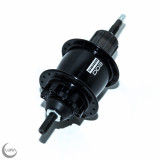 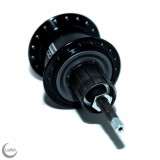 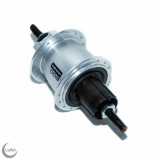 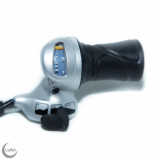 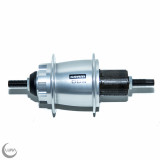 Unlike other shops we are selling this as a kit with a shifter.

This is an IGH (internal gear hub) with 3 speeds built into the hub.

For those mid drive owners  who are bummed about losing their front gear clusters, this unit offers the same 3 speed reduction (186 percent) that a  typical front triple would  offer, and then gives you up to 30 gears (with a 10 speed cassette).

This unit basically takes the place of a front derailleur system, or can be used as a sole transmission on an ebike with no derailleurs (3 speeds).

It will accept 9 speed cassettes or can be run with a single speed with a converter. (we can offer the single speed kit for an extra price.) The included shifter will allow you to pair the device with almost any standard 1:1 derailler on the market. There are some Shimano deraillers that have a 2:1 shift ratio that will not work with this setup but all SRAM derailler should work.

Although the SRAM DD3 can be used with a cassette to give you an outrageous number of gears which some people love. We at luna like to use this as a 3 speed and think 3 speeds is enough for a high powered ebike.

IGHs are full of nice benefits. You can shift while standing still in the middle of a hill.

It is important to not shift an IGH under serious load as you can damage the mechanism. Just cut the power and stop pedaling, shift, then lay on the power again. Most PAS systems have a short delay before power is enabled so that should be enough time for the IGH to shift without damaging it. If you are worried about it getting trashed then you can always add a gear sensor to your setup then you can shift whenever you want, even when pedaling.

SRAM DD3 is a unique shifting system that combines a three-speed gear hub with a traditional cassette body controlled by a derailleur. It gives you all the gearing you need, but simplifies the system by putting all the controls in one hand. This means a bike that's easier to use, and lets you focus on what you love most: riding.