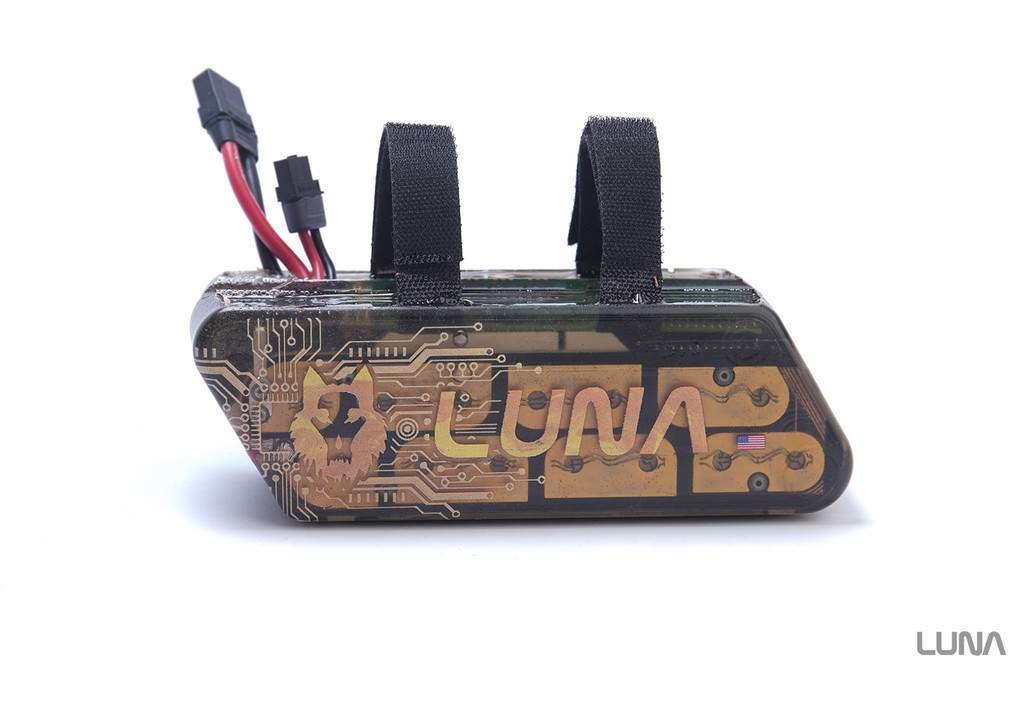 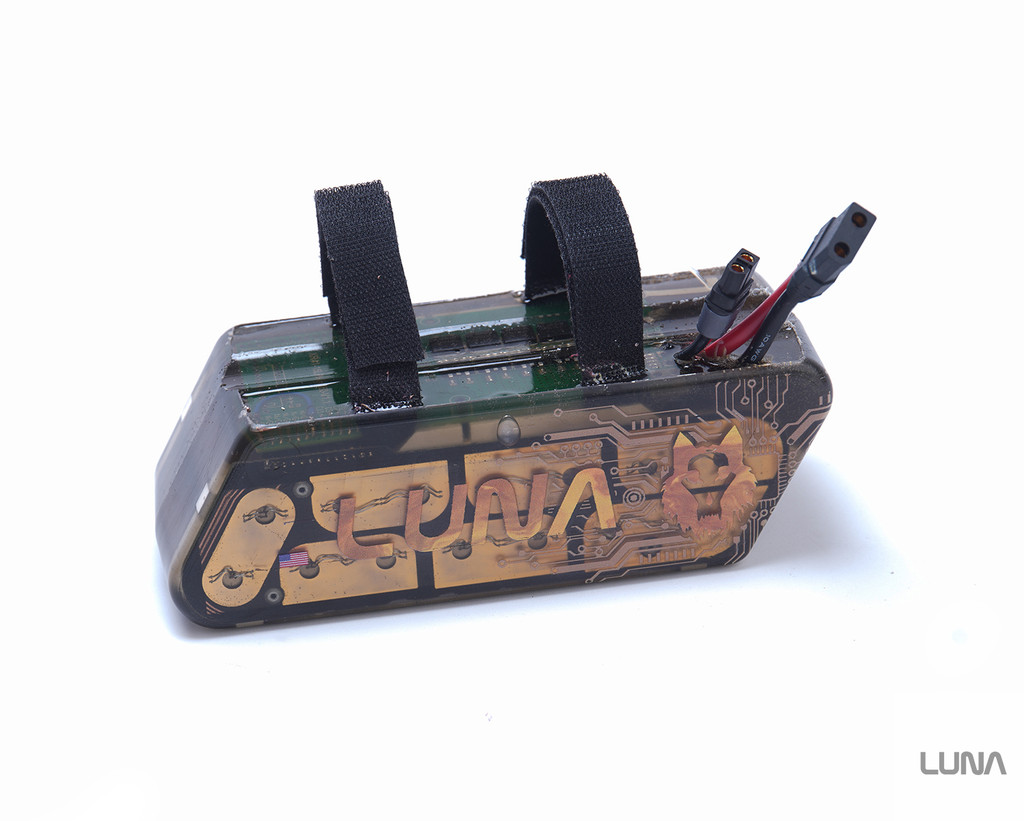 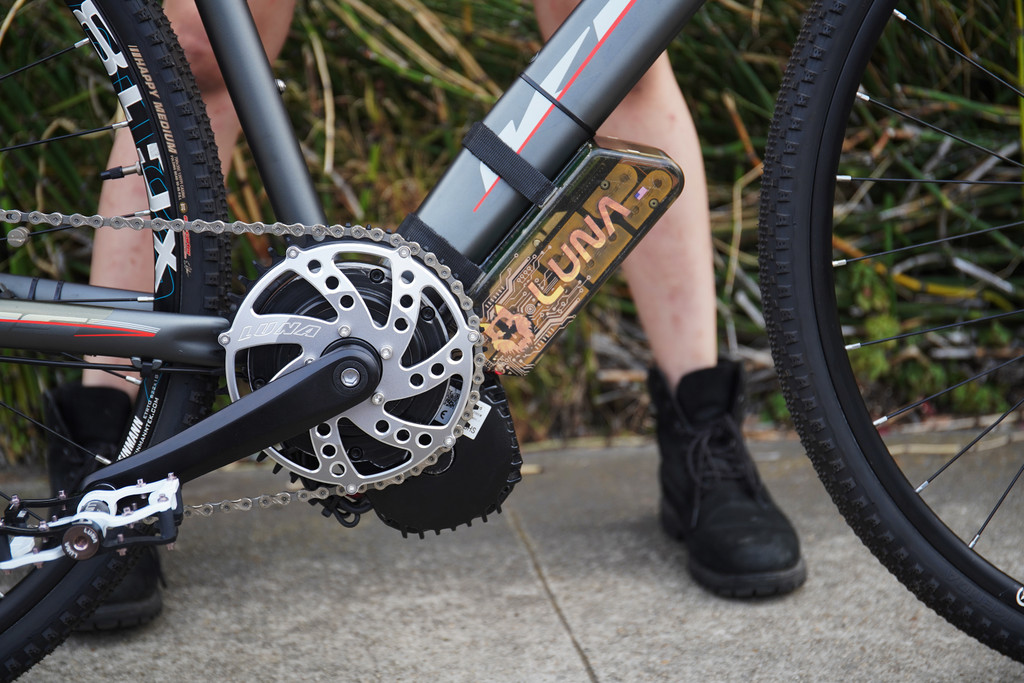 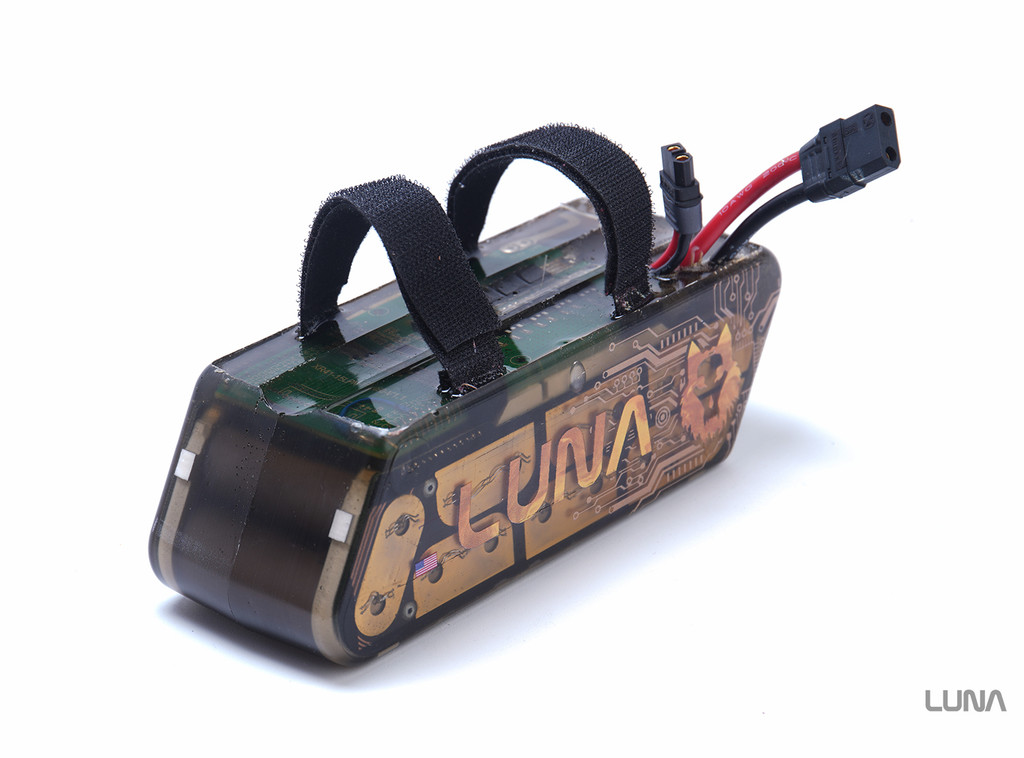 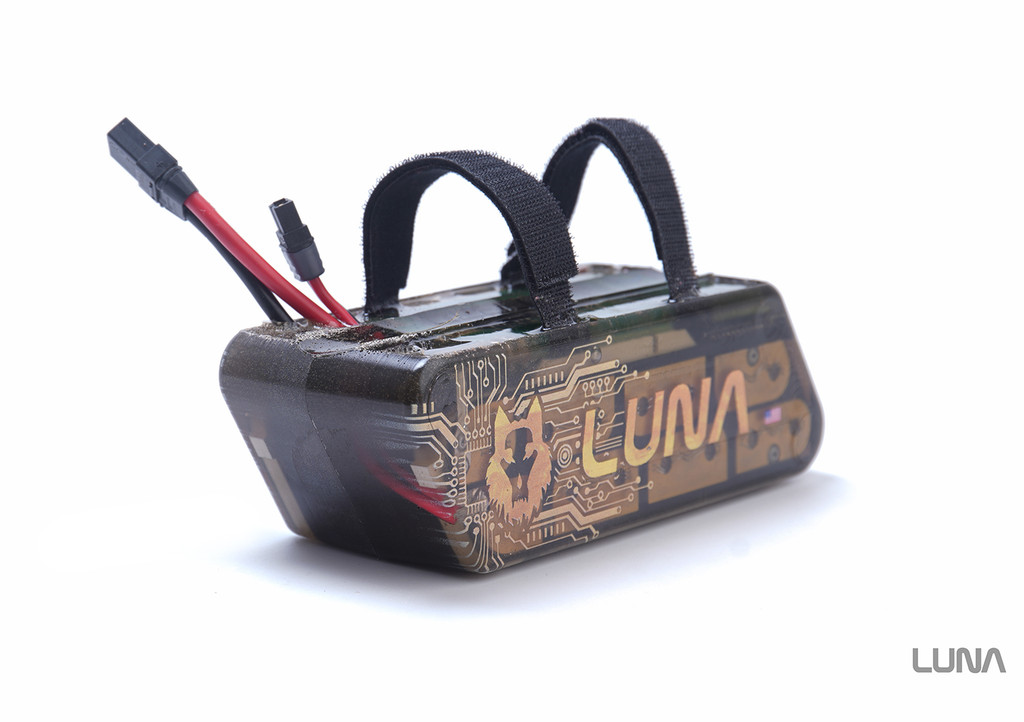 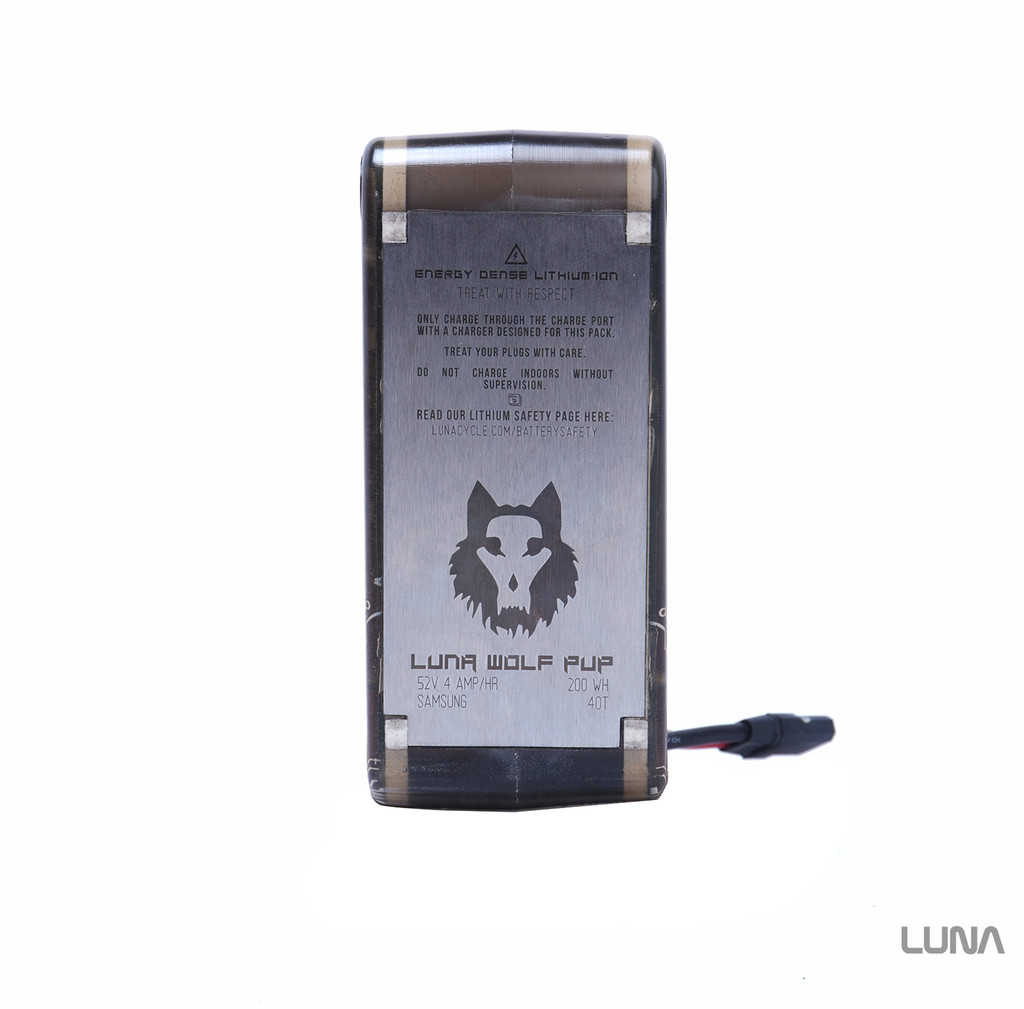 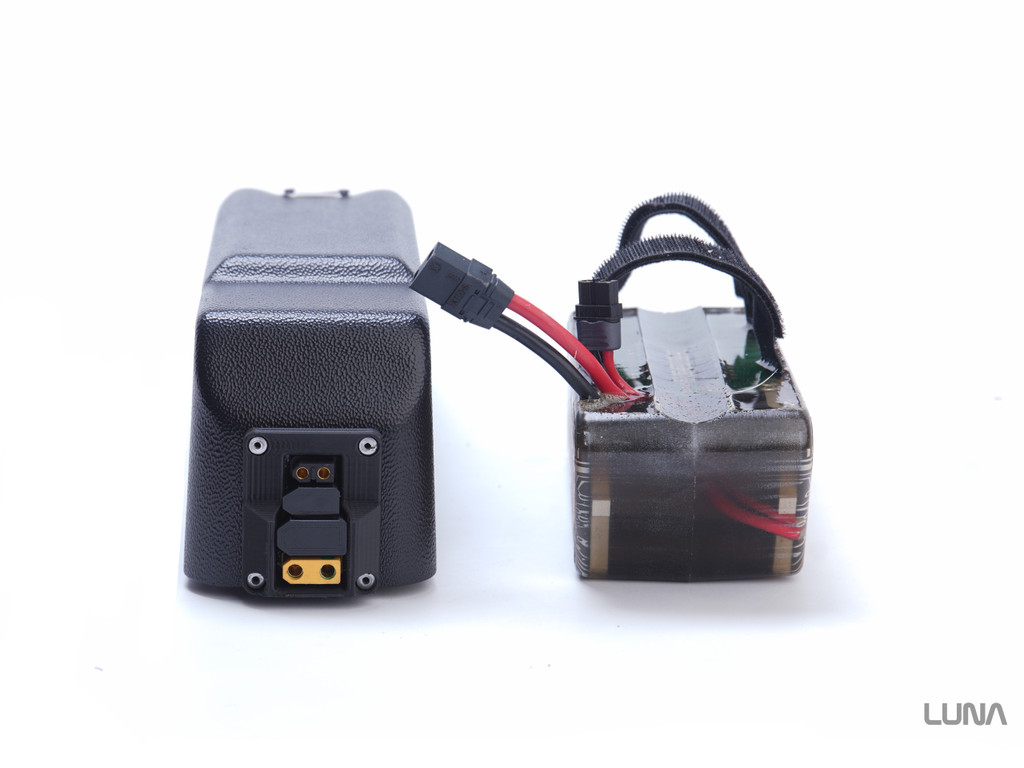 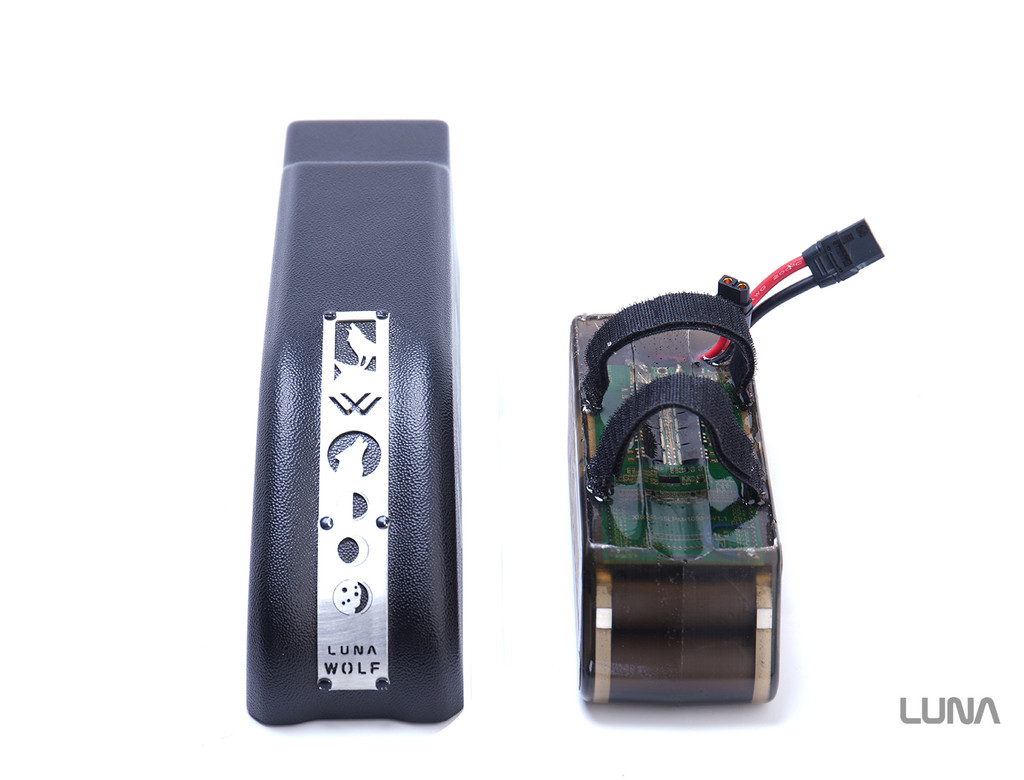 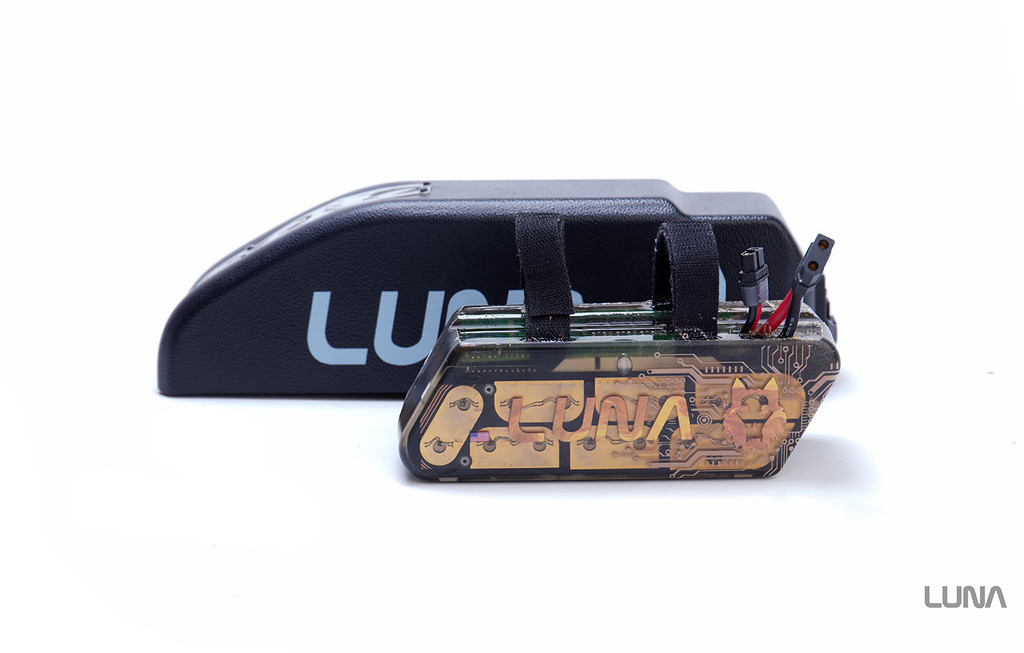 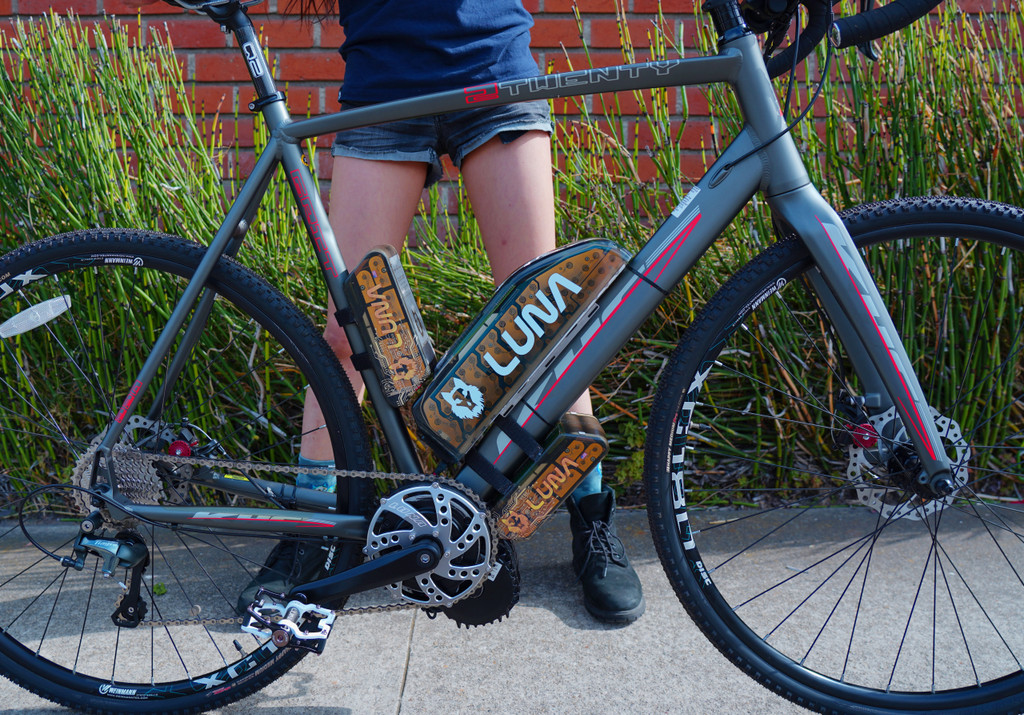 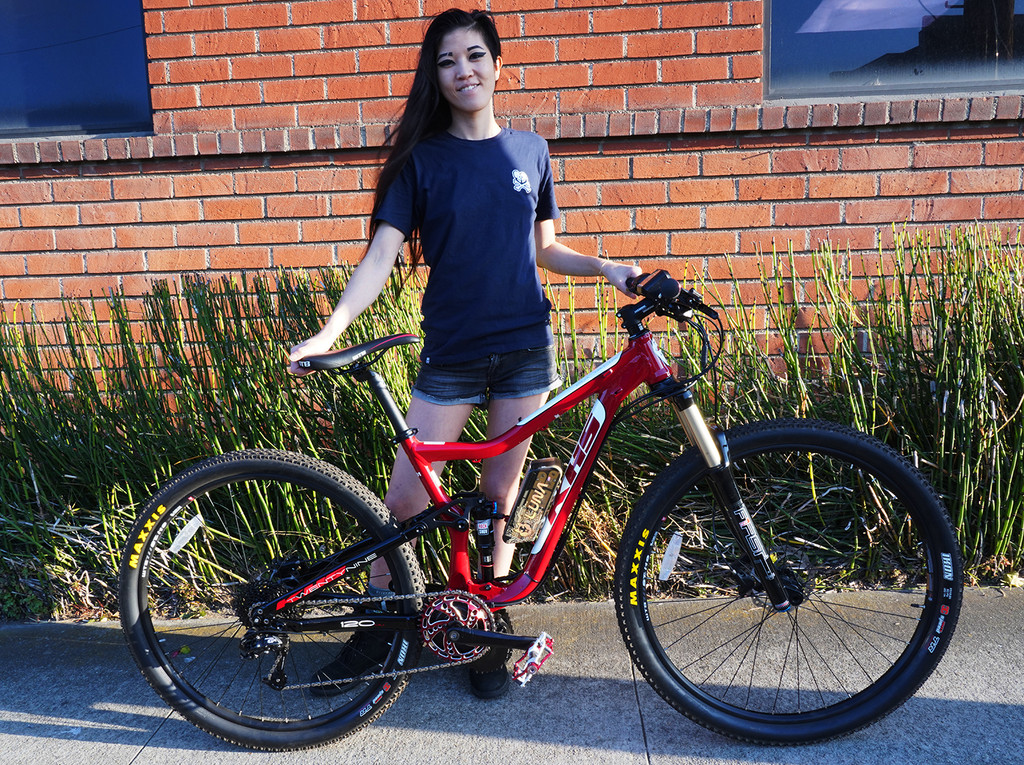 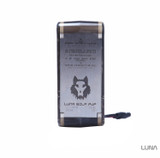 Made with Love in the USA

Another lists of Firsts

Luna Cycle is proud to announce a brand new state of the art battery made right here in the USA.  In the ebike world where innovation seems to come slow, Luna is always fast and furious.  We pride ourselves with our engineering and innovation right here in the USA.  2 years ago we announced the 2P Mighty Mini Cube battery which has been a very successful little pack for many riders.  In 2019 we it a step further and do a 1P pack...the smallest most powerful ebike battery ever made with some of the best technologies ever.  We cast it in the perfect shape to literally fit right up against a mid drive motor.... We are the first ebike company to utilize the 21700 cell (the latest form sized cell used by Tesla). 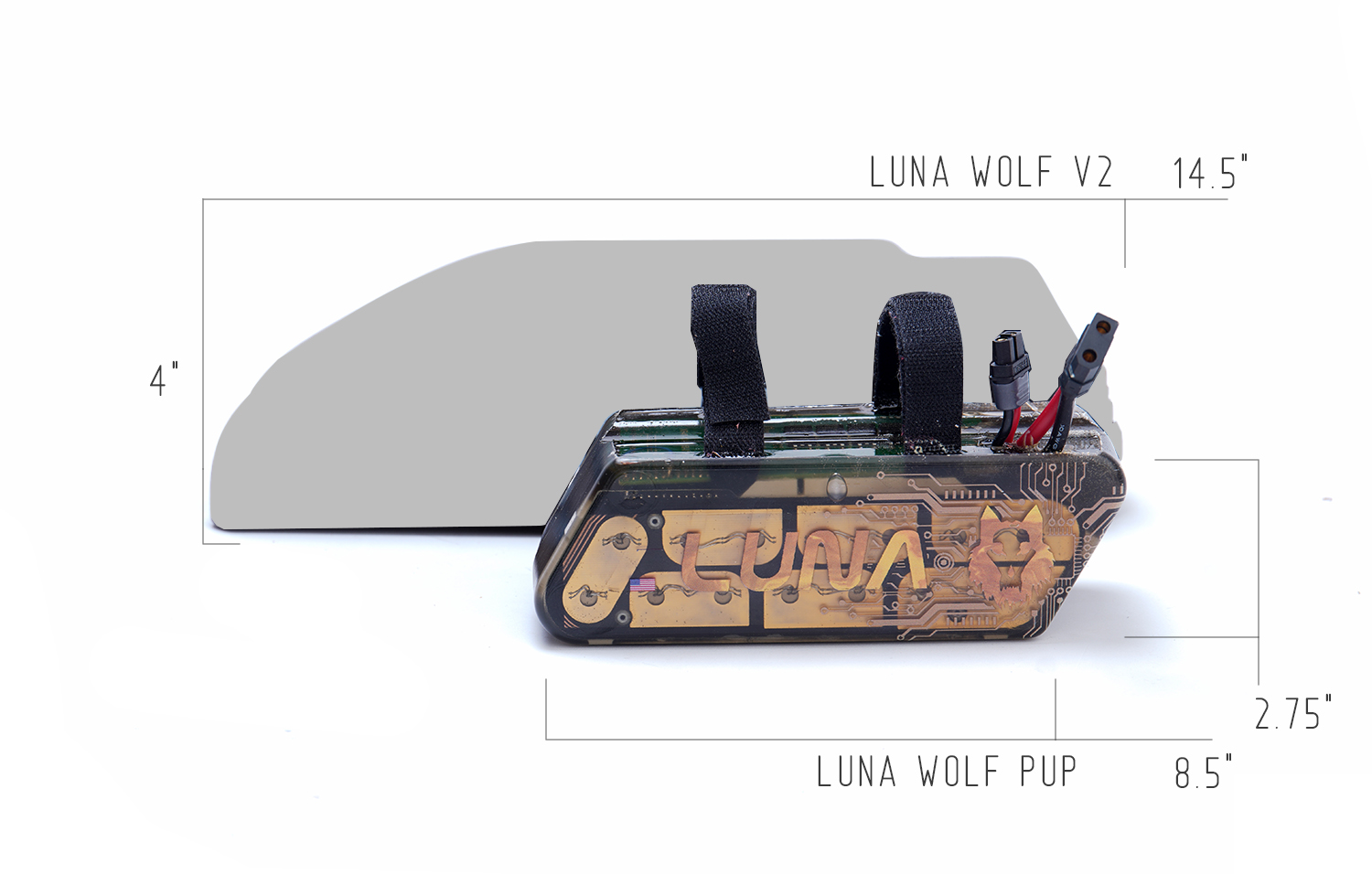 For an ebiker bike real estate is your most valuable commodity...the Pup Pack is designed to fit almost anywhere on a bike.  Using bleeding edge Samsung 40t 21700 cells it is as power dense as lithium packs come, and putting out ludicrous power despite its small compact size makes this a very special pack…despite its wimpy name “Pup Pack”.

We made the Pup Pack to fit any bike...especially full suspension mountain bikes which for years we have had the problem of where to fit the battery pack.  Many sexy modern mountain bikes do not have any room in the triangle even for the smallest battery pack..maybe even not the puppy.

For that reason we designed the Wolf Pup so it can wedge right against the popular Bafang or Cyclone Mid Drives under the down tube ...and have enough power to drive them to the moon.

For this pack we take advantage of the best hot rod battery cell on the market. The Samsung 40t. 21700 form factor (same as the latest Teslas) that is rated at 35 amps continuous per cell, and still having an amazing energy density at 4000 mAh per cell.

This pack is using our latest technology of injection molding the battery with military grade polyurea, which makes the pack both water and impact resistant. You can use the Pup Pack as a weapon and throw it at somebody (it is the size of a softball) and pick it back up and ride off with it.

Like always we use XT-90 and XT-60 for charge and discharge connectors, a connector that has become a standard for ebike batteries since we started building them 6 years ago.

We use quality silicone wire on this pack so that you can easily replace a burned or worn connector.

Every component in the pack (besides for the Samsung 40t cells and XT connectors) are custom designed and made in our El Segundo Factory.  You get the ultimate in safety and reliability in this little pack at half the price of our Wolf Pack. 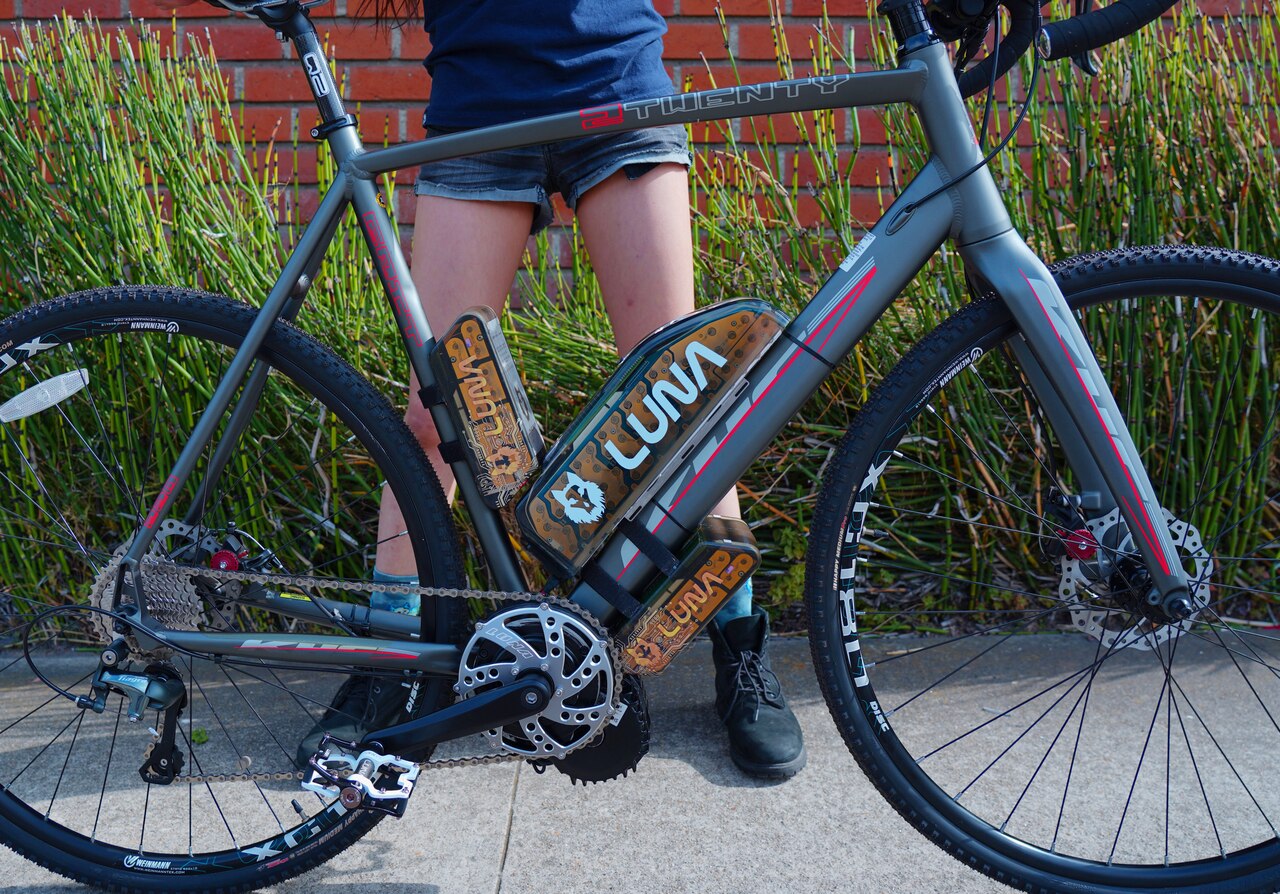 The Pup pack has strong Velcro straps on one side and an indention to match nearly any bike frame downtube so that it can be strapped under the downtube.  If you are running a BBSHD or BBS02 this pack is designed to nestle right up against the drive unit.

On the bottom side  if the pack is a sheet of magnetic stainless steel, which not only makes the bottom of you pack bulletproof...you also have the option of mounting the pack on the top of your downtube using the Wolf Magnet mount system utilizing your bikes water bottle bosses. (Sold Separately)

With these two available mounting methods, coupled with its small size, this pack can be mounted just about anywhere.  Also you can mount multiple Puppy Packs on different parts of the bike for added range...on the seat tube, on the handlebars, on the downtube…let your imagination go wild...Extra Wolf Pups can also be carried in a back pack for the unimaginative.  Imagine an extra Pup Pack can give an extra 200 watt hours of boost whenever you need it.  For back packers we are offering a XT90 leash extender…

For years we have had 5 full suspension KHS bikes with BBSHDs installed that we could not get a Wolf or Shark battery to fit no matter where we installed it.  KHS who is local to us would show us no mercy and let us change the bike for another one despite being one of their largest dealers.  We tried selling the bike with a Mighty Mini in a seat bag but nobody liked that dorky look.  Now we finally have a Pup Pack that fits easily in the triangle or under the downtube...and we can finally sell these full suspension bikes…$1600 deal of the decade!  Watch our FB page for when this beauty comes up...first come first serve.  Without the Pup Pack these bikes would still be collecting dust in our lobby.  The Pup pack makes dream builds possible that might not otherwise be possible . We at Luna believe in building dream bikes....and encourage everyone to build their own dream bike. We hope the Pup pack will help solve some problems of where to put the battery... no reason any more for back pack batteries! 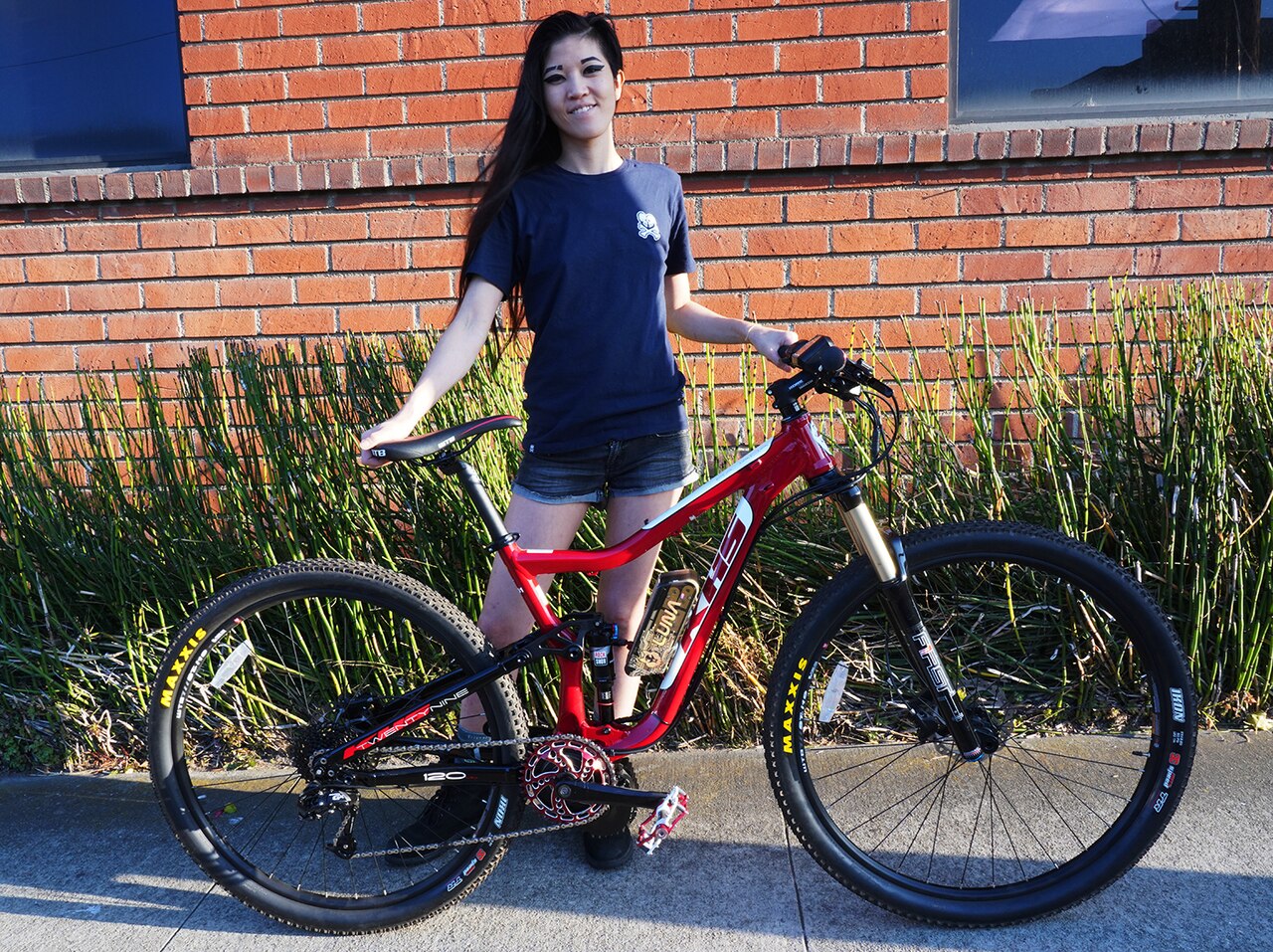