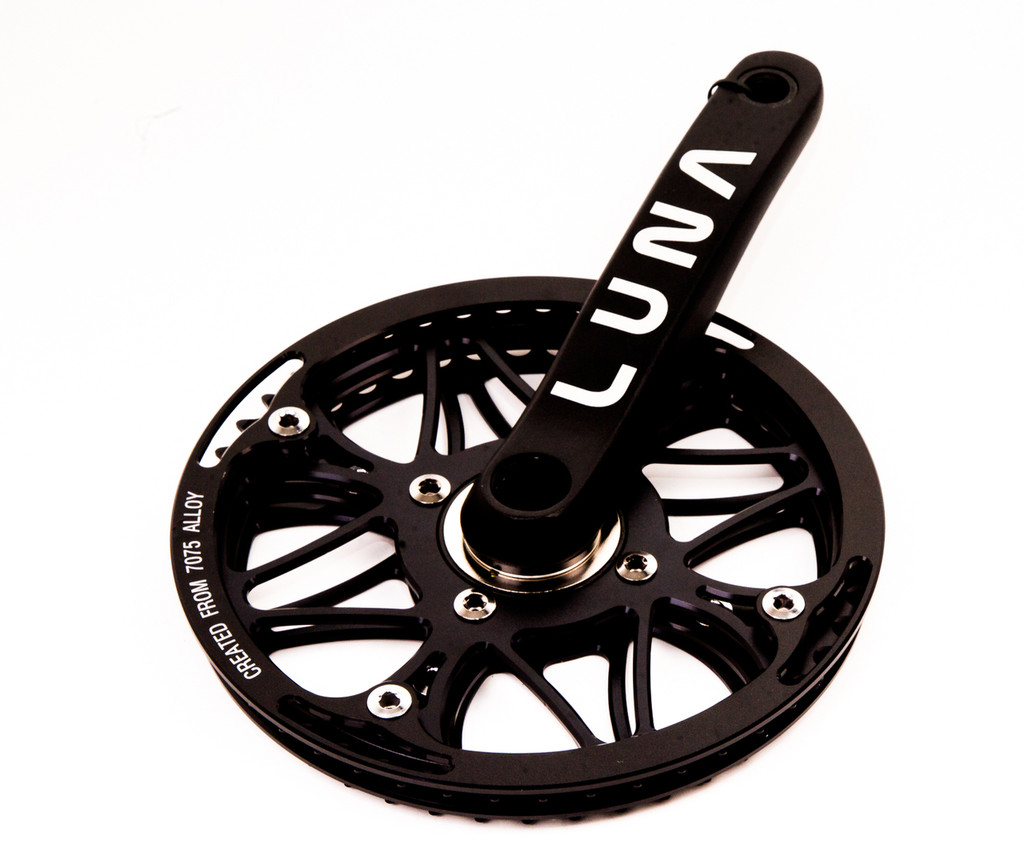 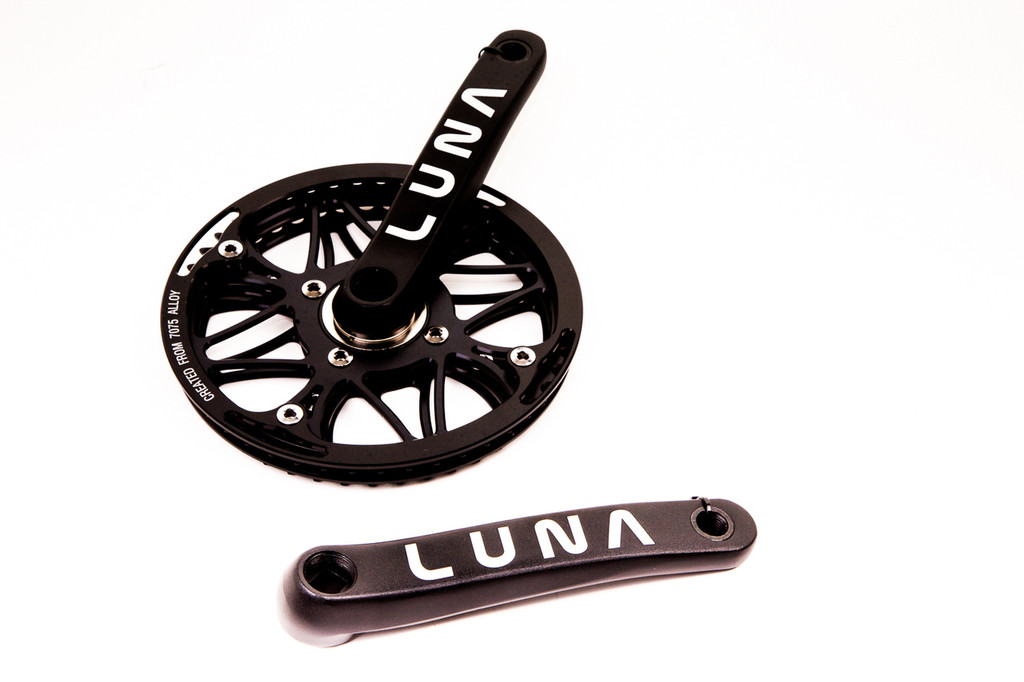 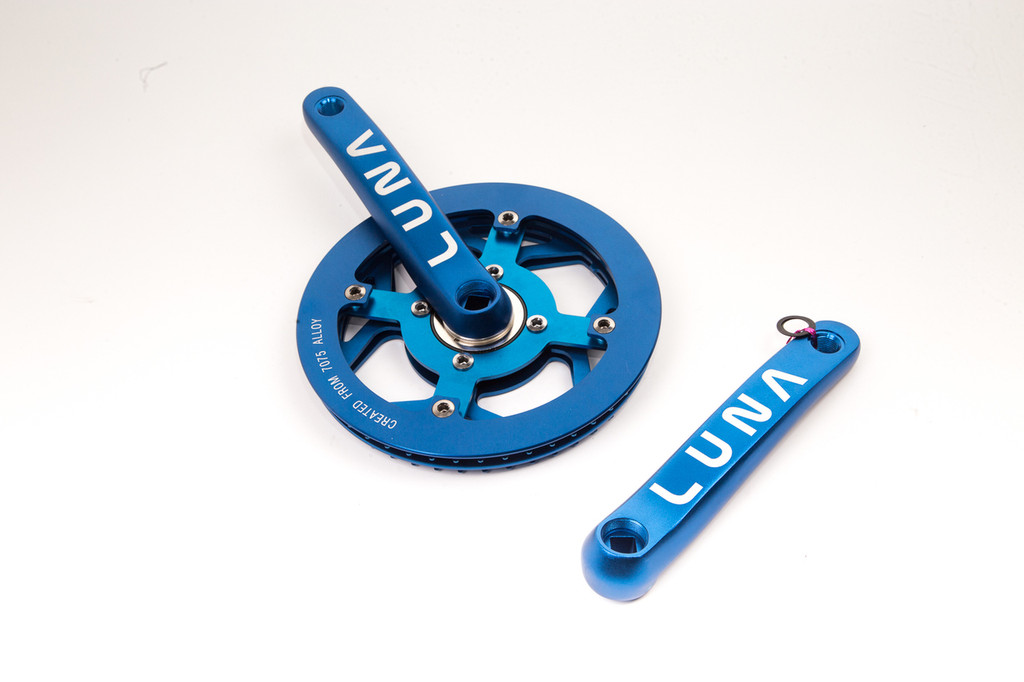 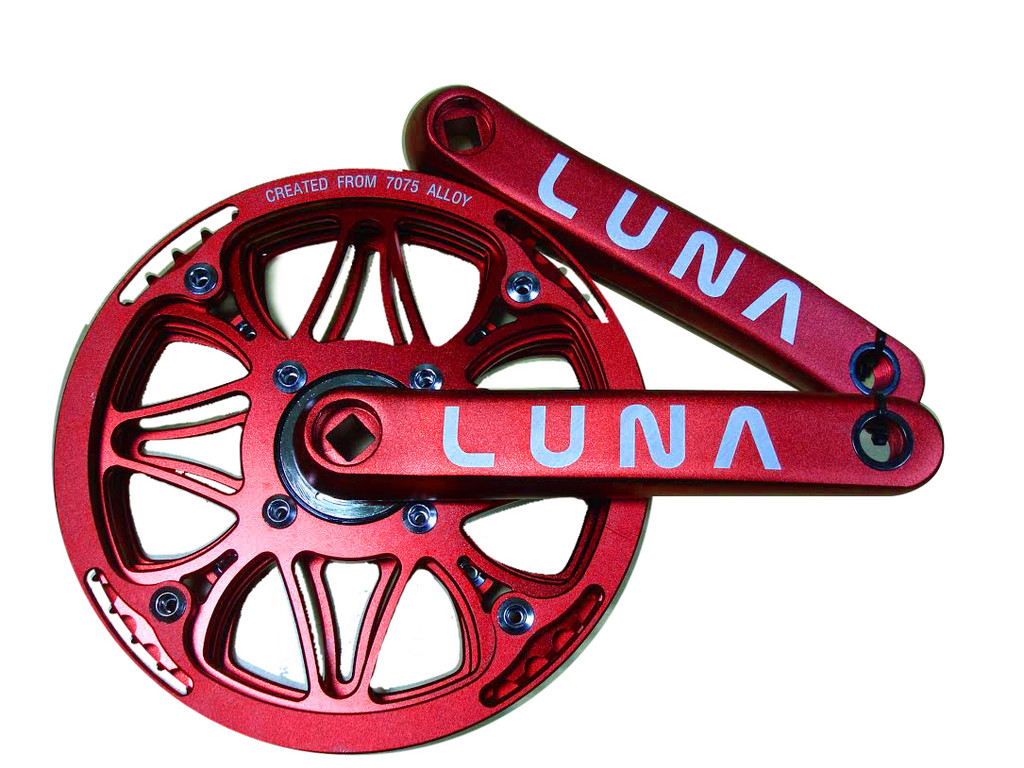 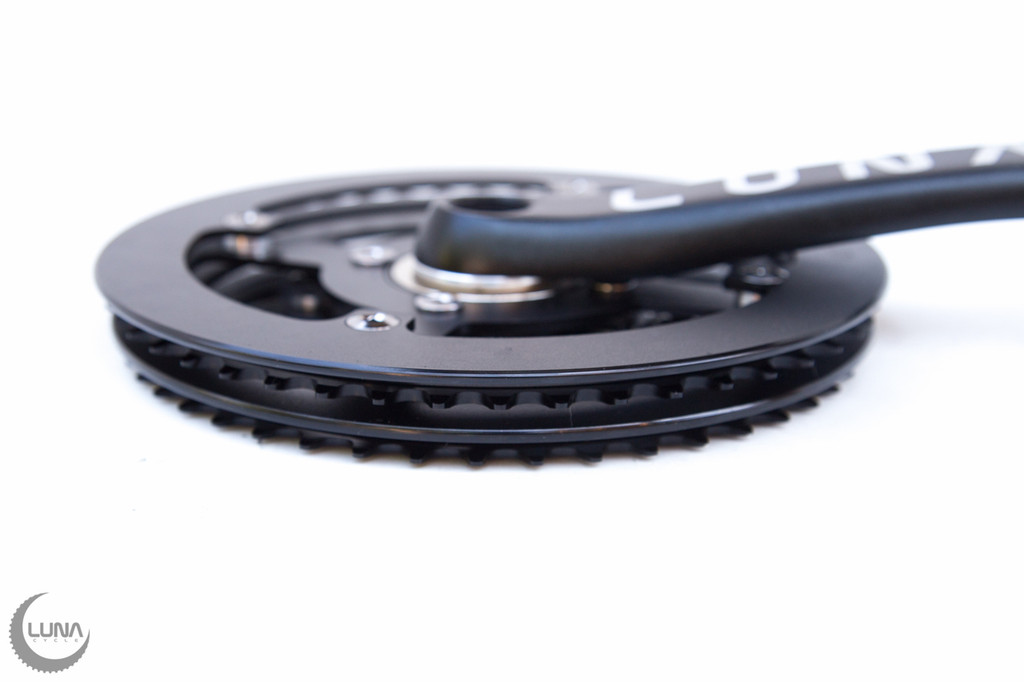 For many years mid drivers have been plagued with freewheel problems on high power mid drives since all the existing freewheel crank sets use cheap bicycle freewheels. Luna developed a heavy duty double row bearing 4 pawl freewheel made for electric motors  to handle massive power and stand the test of time.

It is called the “Luna Tick” because of the beefy ticking the 4 pawls make when not pedaling.

The heavy duty freewheel will not seize or fail which can be a serious safety issue with cheaper freewheels.

It even has a chain guard to keep your pants from getting sucked in and shredded.

This is the ultimate mid drive add on and a testament to Luna’s dedication to the DIY community.

The outside 48t sprocket going to the motor is a bit thicker than the inside 46t sprocket, and will require a 1/8 single speed chain. You can use a regular chain for the inside chain ring to the rear cassette (Probably will not work with an 11 speed chain, only 1 to 10 speed 3/32 chains)

This chainring was designed for use with the square taper cyclone bottom bracket. By default Luna-tick crankset will not work with the Isis BB version unless you make this slight modification

Does the crank set include a gear mounted using BCD 104

The luna-tic uses a threaded freewheel like the cyclone. 4 bolt and the bcd is about 67mm

Does this work with BBSHD, BBS02 or other Bafang mid drives?

No. This was built for Cyclone, and is compatible with most other mid drives that have the crankset/chainring separate from the motor itself, but Bafang mid drives have this integrated, as such it does not work with that particular motor.